We will be announcing our 2020 speakers later this year.  Below is a summary of our recent speakers. 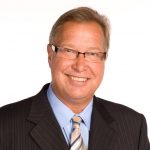 During a 17-year career in football, Ron Jaworski was quarterback of the Philadelphia Eagles from 1977-86, getting them into the playoffs in 1978 and 1979, and reaching the Super Bowl in 1980, the same year he was named league MVP. He was also an NFL analyst on ESPN. He is the CEO of Ron Jaworski Golf Management, Inc., based out of Blackwood, New Jersey, and manages golf courses in southern New Jersey, northeast Pennsylvania, and West Virginia.

Matthew Kelly has dedicated his life to helping people and organizations become the-best-version-of-themselves! Born in Sydney, Australia, he began speaking and writing in his late teens while he was attending business school. Since that time, four million people have attended his seminars and presentations in more than fifty countries. His books have been published in more than twenty-five languages, have appeared on the New York Times, Wall Street Journal, and USA Today bestseller lists, and have sold more than twenty million copies. 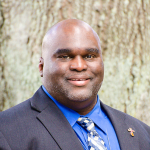 As one of the most sought-after Catholic speakers in the Church today, Deacon Harold is active in giving lectures, retreats, & seminars in parishes, workshops, and at numerous conferences across the nation and around the world. He has appeared in Envoy Magazine, The Catholic World Report & The National Catholic Register, and on many national and international radio programs, including Catholic Answers Live, Catholic Connection, and Kresta in the Afternoon. Deacon Harold is the author of The Mass in Sacred Scripture and is a frequent Eternal Word Television Network contributor. Deacon Harold has been featured on Life on the Rock, EWTN Live, EWTN Bookmark, and hosts several popular EWTN series, including “Behold the Man: Spirituality for Men”, “Made in His Image: Family Life Today”, “Christ the Servant: The Vocation of Deacons” and “Authentically Free at Last.” Deacon Harold also hosts the weekly radio show From the Rooftops on the Radio Maria network.

Mark Forrest is an acclaimed Irish tenor, whose melodic voice has filled concert halls including Carnegie Hall, Kennedy Center and cathedrals worldwide. He has sung inspirational hymns for luminaries such as Saint John Paul II and Saint Mother Teresa. His soothing Broadway melodies have entertained award-winning performers including Charlton Heston, Gregory Peck, and Maureen O’Hara. From Presidential entertainment in the White House to his own house with his wife and eight children, Mark continues to inspire the world with his music

Bishop Timothy Senior has been Auxiliary Bishop of Philadelphia since July, 2009. Bishop Senior was appointed Rector of Saint Charles Borromeo Seminary, Overbook on July 2, 2012.
Prior to assuming this responsibility, Bishop Senior served as Moderator of the Curia from 2009 to 2012, assisting the Archbishop in the governance of the Archdiocese. He was ordained a priest of the Archdiocese of Philadelphia in 1985. He earned a Masters of Divinity and Master of Arts in Theology from Saint Charles Borromeo Seminary, Wynnewood, PA in 1988, served as an assistant pastor at a parish in Bucks County and taught religion in an Archdiocesan high school before pursuing full-time graduate studies.