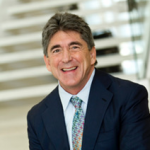 Marcellino D’Ambrosio earned his Ph.D. in theology and biblical interpretation and studied under the guidance of the renowned Avery Cardinal Dulles.  In 2001 he left university teaching to direct the Crossroads Initiative, an international apostolate of evangelization and renewal.  Dr. D’Ambrosio is a New York Times best-selling author, Catholic TV host, and has appeared on Fox News’ Geraldo Rivera At Large and Bill O’Reilly’s radio show as an expert commentator on Catholic issues. You can visit him at www.dritaly.com or his dr.italy facebook page, and even travel with him to Jerusalem this December on his special Holy Land Pilgrimage. 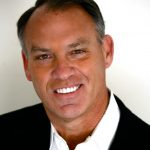 In 1976, shortly after beginning his NFL career, Kevin was diagnosed with a rare form of cancer when he played for the Philadelphia Eagles. This effectively ended his career in football. He underwent multiple surgeries that led to the removal of his left arm, shoulder and five ribs. Recovery from surgery was difficult and Reilly suffered significant depression but was able to overcome it.  Kevin’s story isn’t merely about survival, it is a tale about Faith, resilience of the human spirit and rising from the ashes. Kevin reveals his experience with finding strength when your greatest adversary is yourself. Continuing on and winning small victories day-by-day without a stadium full of fans to cheer you on, but only the faintest whisper from above telling you that sometimes you have to fall to fly.  Kevin’s talk emphasizes his key to winning in life, the 4F’s: Faith, Family, Friends, and Fortitude. In this day and age, we are quickly becoming a nation of victims, allowing adversities and challenges to overwhelm the skills and blessings that God has given us to handle the crosses we face.  Kevin speaks from the heart and uses his own life as a lesson on how all of us can prevail from bad luck, adversity and pain to find the very best in ourselves. 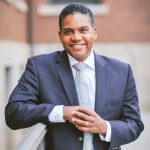 Damon Owens, international speaker and evangelist, is the founder and executive director of Joy To Be (joyTOB.org) a new non-profit ministry of Stewardship: A Mission of Faith centered on St. John Paul II’s Theology of the Body. Following four-years as the first executive director of the Theology of the Body Institute, he served as Chairman of the 2016 International Theology of the Body Congress. Damon and his wife Melanie taught Natural Family Planning (NFP) for 14 years, and served as NFP Coordinators for the Archdiocese of Newark (NJ).  A Certified Speaker for the Theology of the Body Institute, National Trainer for Ascension Press, and presenter at the 2015 World Meeting of Families, Damon keeps a full international speaking schedule at conferences, marriage seminars, universities, high schools, seminaries, and parishes on the good news of marriage, sexuality, Theology of the Body, Theology of the Family, adoption, and NFP. Damon currently lives outside Philadelphia with his wife Melanie and their eight children. Damon has published numerous articles, appeared on many radio and television programs, and has hosted and produced three 13-part television series for EWTN. He is also an accomplished gospel singer honored with a solo during the 1995 NJ Papal Mass at Giants Stadium presided by Pope St. John Paul II.

Mark Forrest is an acclaimed Irish tenor, whose melodic voice has filled concert halls including Carnegie Hall, Kennedy Center and cathedrals worldwide.  He has sung inspirational hymns for luminaries such as Saint John Paul II and Saint Mother Teresa.  His soothing Broadway melodies have entertained award-winning performers including Charlton Heston, Gregory Peck, and Maureen O’Hara.  From Presidential entertainment in the White House to his own house with his wife and eight children, Mark continues to inspire the world with his music.