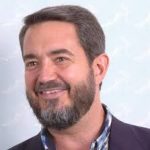 Dr. Scott Hahn is a Professor of Theology and Scripture at Franciscan University of Steubenville, where he has taught since 1990, and is the founder and director of the Saint Paul Center for Biblical Theology. In 2005, he was appointed as the Pope Benedict XVI Chair of Biblical Theology and Liturgical Proclamation at St. Vincent Seminary in Latrobe, Pennsylvania. He is the bestselling author of numerous books including The Lamb’s Supper, Reasons to Believe, and Rome Sweet Home (co-authored with his wife, Kimberly). Some of his newest books are Many Are Called, Hope for Hard Times, The Catholic Bible Dictionary, Covenant and Communion, and Signs of Life. 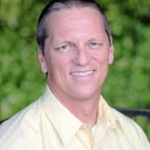 Gus Lloyd is a very popular on-air radio personality. A fallen away Catholic, Gus and his wife Michele came back to the Catholic Church after a near drowning incident of their only daughter. After much prayer and study, Gus felt the calling to become a Catholic Evangelist. In the early 1990’s, he attended the Catholic School of Lay Evangelization in Pensacola, FL, Gus was the popular morning show host on Spirit FM for 9 years and left in 2006 after being invited by the Archdiocese of New York to host the morning show on the new Catholic Radio Channel on Sirius Radio. You can find Gus’s show, Seize the Day, weekday mornings on Sirius XM 129.

Devin Schadt is a husband, father, author and speaker who transmits the message of the glory, necessity, and power of fatherhood. Devin is the cofounder of the Fathers of St. Joseph, an apostolate that works for the renewal of authentic fatherhood. Devin lives in the Midwest with his wife and five children. 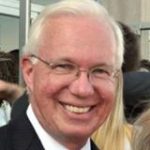 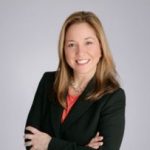 Marie Joseph is a graduate of Cornell University with a BS in Marketing, Communications, and Spanish and a master’s degree in Theology from St. Charles Borromeo Seminary. Marie taught for seven years in an elementary Catholic school. She is certified and trained in the areas of physical fitness and nutrition. Marie also has a background in theater as a director and choreographer. She has been deeply involved in Catholic mission work in Kenya, Africa. She is a single mother of two teenagers with a passion for the Catholic family and bringing others into a better understanding and knowledge of the real treasures of the Catholic Church.